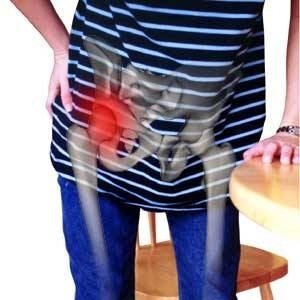 Arthritis
Arthritis means "joint inflammation," and it's used to describe different diseases and conditions that affect joints, the tissues that surround joints, and other connective tissue.

Most common forms of arthritis are
Osteoarthritis
Ø  Osteoarthritis pain, stiffness, or inflammation most frequently appears in the hips, knees, and hands.

Even though they have these differences, osteoarthritis and rheumatoid arthritis often share common symptoms:

Osteoarthritis (OA)-Details
Often called "wear and tear" arthritis, osteoarthritis (OA) is the most common form of arthritis, In most cases, over time, cartilage in joints breaks down, and OA symptoms begin to occur. OA is most commonly found in the:
Wrists, elbows, shoulders, and ankles can also be affected by OA, but this occurs less frequently. When OA is found in these joints, there may have been a history of injury or stress to that joint.

Symptoms of osteoarthritis
Typically, OA comes on slowly. For many, the first signs are joints that ache after physical work or exercise. As the disease progresses, other most common symptoms include:
If you are experiencing any of these symptoms, it's important to talk to your doctor to find out if you have OA.

Causes of osteoarthritis
While the exact cause of OA is unknown, joint damage can be due to repetitive movement (also known as "wear and tear"). It can also begin as the result of an injury. Either way, with OA there's erosion of the cartilage, the part of the joint that covers the ends of the bones.

Here are some factors that may increase your risk of developing OA:
Age
Ø  Age is the strongest risk factor for OA. Although OA can start in young adulthood, in these cases, it is often due to joint injury.
Gender
Ø  OA affects both men and women. However, before age 45, OA occurs more frequently in men; after age 45, OA is more common in women.
Joint injury or overuse caused by physical labor or sports
Ø  Traumatic injury to a joint increases your risk of developing OA in that joint. Joints that are used repeatedly in certain jobs may be more likely to develop OA because of injury or overuse.
Obesity
Ø  The chances of getting OA generally increase with the amount of weight the body’s joints have to bear. The knee is particularly affected because it is a major weight-bearing joint.
Joint Alignment
Ø  People with joints that don’t move or fit together correctly, like bowlegs, dislocated hips, or double-jointedness, are more likely to develop OA in those joints.
Heredity
Ø  An inherited defect in one of the genes responsible for manufacturing cartilage may be a contributing factor in developing OA. 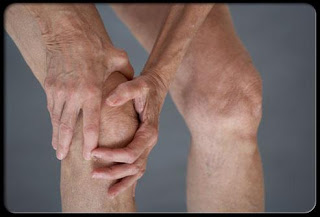 Symptoms of Rheumatoid Arthritis
Although RA is often a chronic disease, the severity and duration of symptoms may unpredictably come and go. With RA, people experience periods of increased disease activity, calledflare-ups or flares, alternating with periods when the symptoms fade or disappear, called remission.

If you experience some of these symptoms, you may want to consult with your doctor:

Causes rheumatoid arthritis
The exact causes of RA are unknown. But research has shown that several factors may contribute to the development of RA:

Treatment
It's important to understand that although there is no way to reverse the cartilage loss of osteoarthritis or rheumatoid arthritis, there are treatment options available to help you relieve the symptoms. These can include:
In homoeopathic method of treatment we have good effective medicines for these complaint, Homoeopathic medicines have no side effects. Long course of treatment is helpful to reduce these problems

For appointment please Call us or Mail Us

Consultation by Appointment only 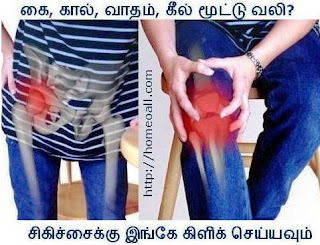